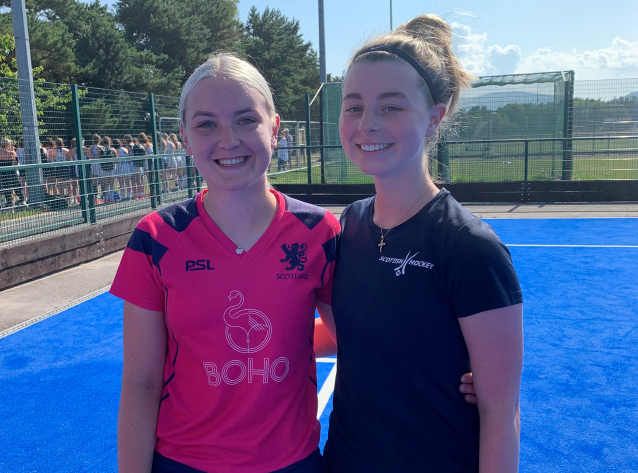 Today we are celebrating OAs Anna H. (’19) and Cara M. (‘20) who recently played for their hockey team, Clydesdale Western, in Alanya, Turkey. Not only did the team secure a 2 – 1 win, the result means that the team have secured promotion to Club Challenge I.

Cara and Anna also play together in the Scotland U21 squad.  The girls played in a series of matches against Ireland. The Scottish U21’s team won 2 of their matches 2-1 and 2-0 and drew the final match 0-0 resulting in winning the series of matches held in Ireland.