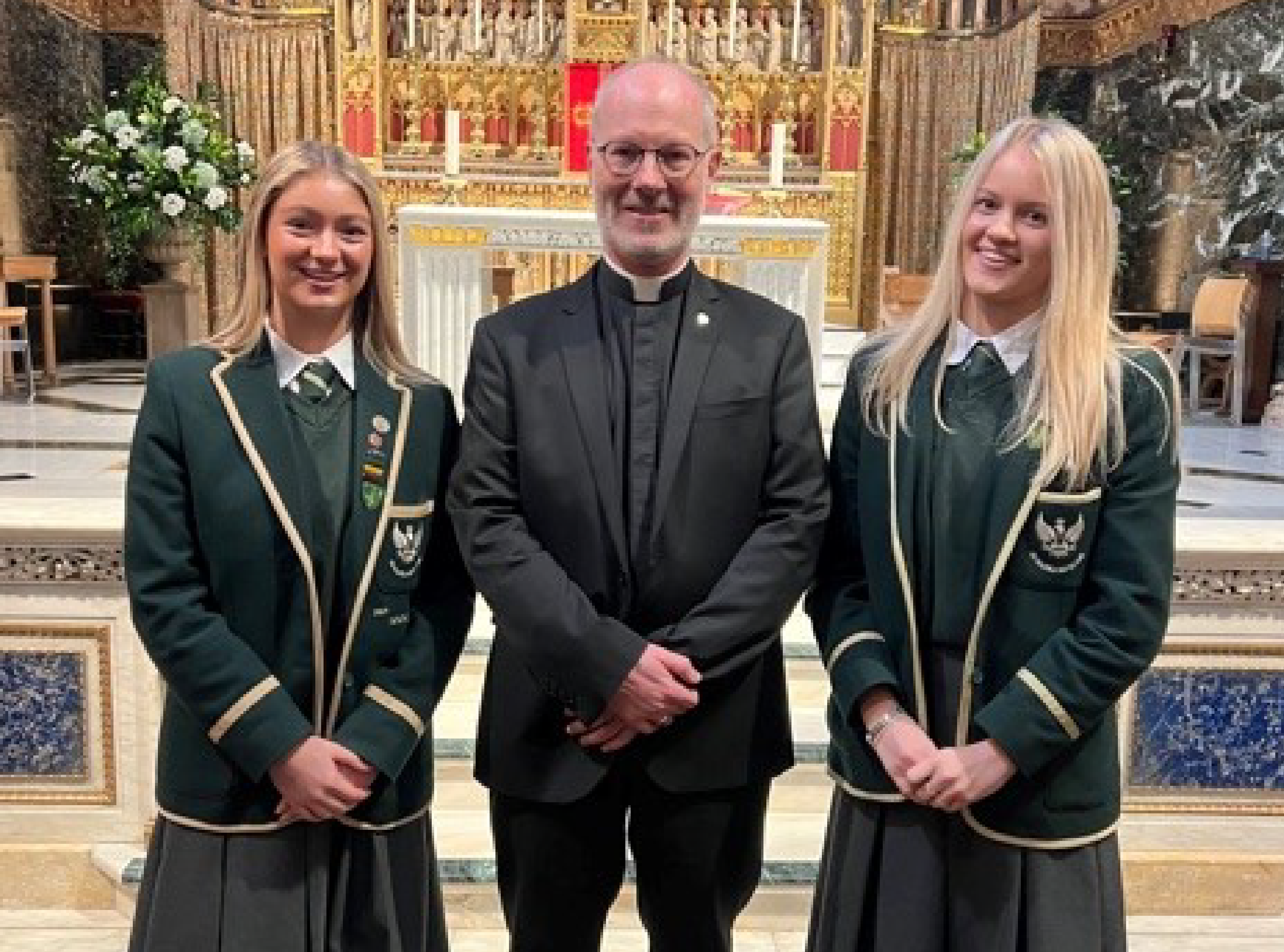 The Jesuits in Britain marked their 400th Anniversary with a Mass on Saturday 21 January 2023 at the Church of the Immaculate Conception, Farm Street.

The Mass was celebrated by Cardinal Vincent Nichols, Archbishop of Westminster, and the homily was delivered by the Provincial Superior of the British Jesuits, Father Damian Howard SJ. The congregation heard the premier of the new motet, 'Precious in the eyes of the Lord' by Sir James MacMillan, performed by the Farm Street choir. St Aloysius' College staff and pupils brought up the Offertory gifts.

It was a wonderful celebration and we were so honoured to be part of it, with Mrs. Erskine, Mr. McBride and Jessica (S6) and Eva (S6) attending.