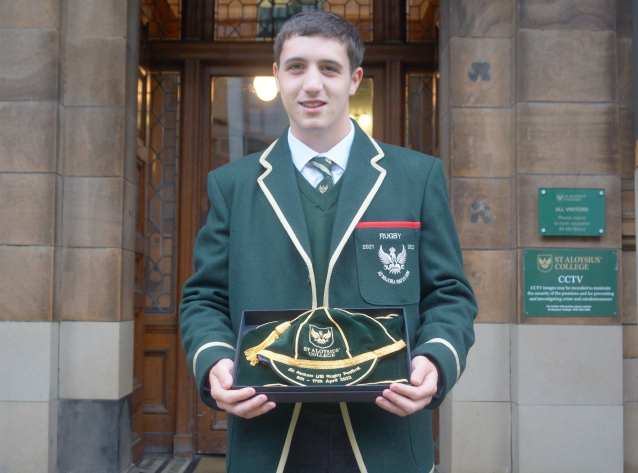 In April of this year Johnny V. (S6), first XV captain, was selected to represent Scotland as part of the U18 Scotland rugby squad at the six nations festival in France.

A 39-player extended squad came together for the first time in early March following club and school fixtures which identified players for the FOSROC Scottish Rugby Regional Championship series, with players from outwith Scotland.

The Scotland U18 programme has involved numerous camps at Oriam, Scotland’s High Performance centre, and training fixtures away in Newcastle against combined teams from the north of England. Johnny played an integral role in the squad's campaign against England, France, and Italy.

In recognition of this wonderful achievement and representing his country on an international stage, The College presented Johnny with a commemorative college cap by Mr Davidson, Director of Rugby at the College, at our celebrating success assembly held in St. Aloysius' Church.