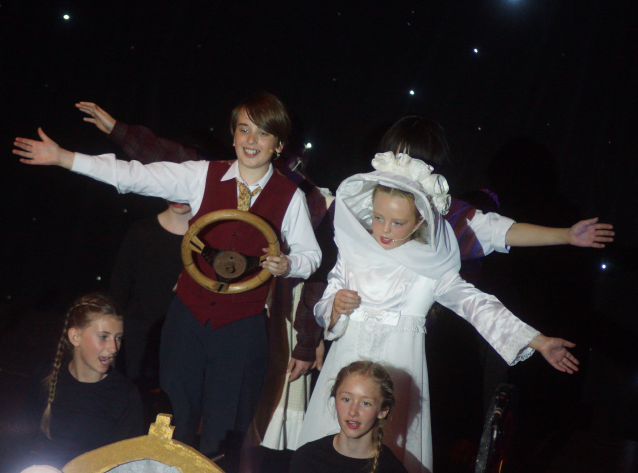 You would really believe cars could fly at our Junior School’s rendition of Chitty Chitty Bang Bang. Over the course of four shows, our P7s (with the choir assistance of P5 and P6) wowed audiences with their fantastic performances.

It’s been great to get back up on the stage after two long years – and ticket holders were not disappointed. it was clear that our Juniors had put lots of effort and hard work into preparing for the show. On the night, we were treated to a show filled with laughs and thrills, not to mention a good few singalong numbers as well. After the show we were even treated to an encore that got everybody clapping.

Mrs. Bain and the two P7 casts (who performed two shows each) have been working tirelessly over the past few months to make sure the show was the very best it could be. Everything from sets, to songs, to costumes was prepared with the help of our staff – and a big thank you goes to everyone who helped make the show possible.

We’re looking forward to the next one!