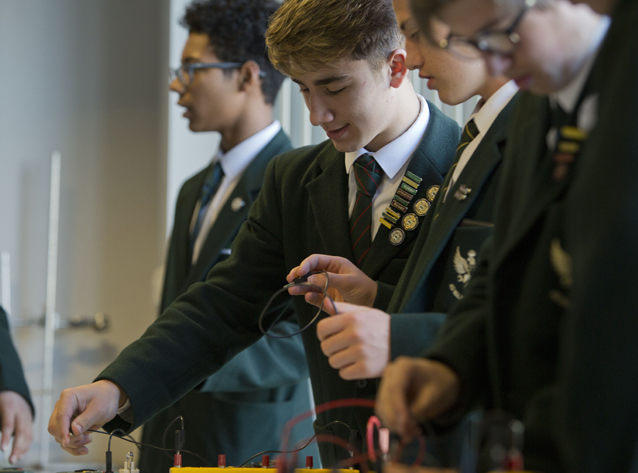 From the early atomic theory of the Greek philosopher Democritus in the 5th century BC to Stephen Hawking’s theory of black holes in the 21st, physics has sought to understand the natural world in an organised, systematic and coherent way. It is both the oldest and most fundamental of the sciences and so has both a long history and a very wide impact on our lives, in innumerable ways. The device on which you are reading this text is the result of many years of fundamental research in various branches of physics!

Here in the Physics Department, we aim to inspire pupils to approach their study of physics with curiosity and enthusiasm. We enjoy working with the young men and women of the College and, for us, teaching brings its own reward, as we hope learning does for our pupils. We are an experienced, friendly and supportive department which does all it can to make learning interesting and enjoyable. We are keen to develop a strong and supportive rapport with our pupils because we know young people learn best when they have good classroom relationships with their teachers. We see ourselves as accompanying them on an intellectual journey as students of an academic discipline, whilst also helping them develop as happy and fulfilled human beings. In the great tradition of Jesuit Education, we believe in the cura personalis – the care of the individual.

In studying physics pupils will learn about nature and its rich and beautiful story. From the tiniest sub-atomic particles to the truly enormous scale of the universe itself. From the intense cold of space to the immensely hot temperatures in the core of stars.

For some this study will be for its own sake – purely for intellectual satisfaction or perhaps to satisfy a burning curiosity about how the world works. For others, Physics may be a means to an end – a highly desirable and greatly respected qualification that will lead to a career in engineering, the high-tech industry, medicine, finance, physics itself or some other numerate occupation. Whatever your motivation, you will be welcome.

We work hard to ensure pupils are actively engaged in their learning by structuring courses to involve experimental work wherever possible. There is no doubt that by engaging in practical activity, the understanding of scientific ideas is much easier – ask any pupil and he or she will tell you it is also more enjoyable!

We teach discrete sciences in First and Second Year, so pupils are taught by a specialist. We follow the Scottish Curriculum at National 5 level in Third and Fourth Year, Higher in Fifth and Advanced Higher in Sixth Year. The number of pupils studying Physics in the College is well above the national average as are the excellent examination results they achieve.

A particular feature of learning in the department is the use of iPads as a measuring device. Using sophisticated Bluetooth interfaces pupils now use iPads to measure all sort of things from the speed of a moving model car to the temperature and pressure of a gas sample. We also encourage independent learning progressively as pupils mature so that we do not just teach physics but strive to teach pupils how to learn.

In recent years the College Physics Quiz Team have found success, winning the West of Scotland Physics Competition. A number of 5th Year pupils have won prestigious places on the Scottish Space School initiative run by the University of Strathclyde. Several 3rd Year girls have also taken part in Engineering the Future for Girls programme. The department has a record of supporting applications by senior pupils to the top universities and in recent years several have won places at Oxford or Cambridge to study Physics, Astronomy or Engineering. 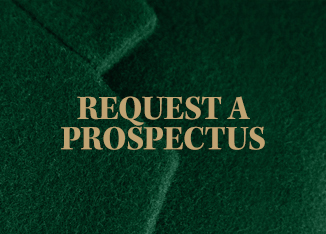